10 Most Popular Car Brands in Nigeria 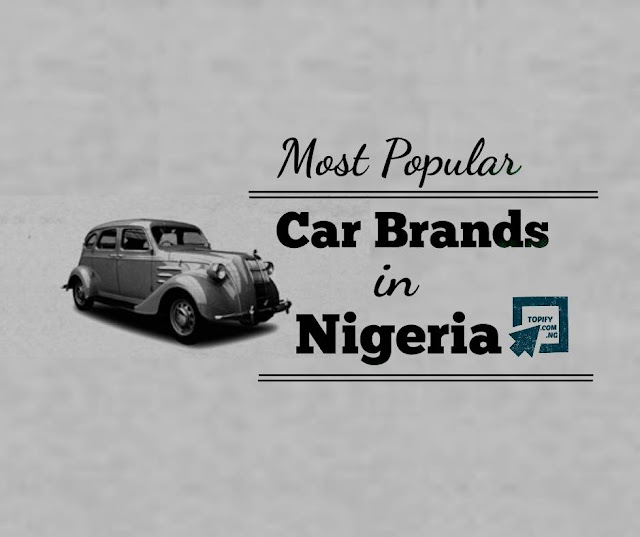 Cars came into global use during the 20th century, and developed economies depend on them. The year 1886 is regarded as the birth year of the modern car, when German inventor Karl Benz built his Benz Patent-Motorwagen. Ever since, cars have become the mainstream of reality, a sense of fashion, lifestyle, occupational-oriented, medium of attractions, medium of expressing social status, and sorts.

However, Topify reveals the list of car brands, popular car models in Nigeria. This 'list of car brands tries to show every brand or marque of car ever used; some are manufacturing companies in their own right that also use their company name as a model name, and others are subsidiary companies, divisions, or products of badge engineering.

Below is the list of most popular and most sought after car brands in Nigeria. 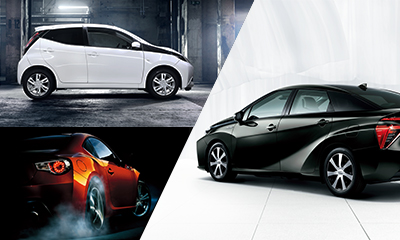 If not the most sought-after car brand in Nigeria lately, it will actually be top three as growing interest from Nigerians to get a Toyota car brands increases daily. Every big man and big boy or so called do desire Toyota vehicle. Toyota is headquartered in Toyota City , Aichi. The main headquarters of Toyota is located in a 4-storey building in Toyota. Fact is, Toyota is the world's market leader in sales of hybrid electric vehicles (the presence of the electric powertrain is intended to achieve either better fuel economy than a conventional vehicle or better performance), and one of the largest companies to encourage the mass-market adoption of hybrid vehicles across the globe. Cumulative global sales of Toyota and Lexus hybrid passenger car models achieved the 10 million milestone in January 2017. However, Yaris Hatchback, Yaris Sedan, Corolla, Corolla iM, 86, Prius c, Prius, Prius v, Camry, Avalon, Sienna, C-HR, RAV4, Venza, Highlander, 4Runner, Sequoia, Tacoma, Tundra are some hot Toyota vehicles in the market.

Mercedes-Benz combines luxury with performance across the full line of luxury cars, sedans, SUVs, coupes, roadsters [...], a band of vehicles that are strong, stylish and exploding with spirit. Mercedes-Benz is a global automobile manufacturer and a division of the German company Daimler AG (a German multinational automotive corporation). Mercedes-Benz automobile is arguably one of the best car brands available around worldwide. The brand is known for manufacturing luxury vehicles, buses, coaches, and trucks. The headquarters is in Stuttgart, Baden-Württemberg. This car brands is mostly found everywhere in Nigeria. Karl Friedrich Benz(25 November 1844 – 4 April 1929), a German engine designer and automobile engineer was credited as the brain behind Mercedes-Benz. Fortunately, his Benz Patent Motorcar from 1885 is considered the first practical motorcar. He received a patent for the Motorcar on 29 January 1886. The Mercedes automobile was first marketed in 1901 by Daimler-Motoren-Gesellschaft. (Daimler Motors Corporation). However, Mercedes-Benz has gotten favourable reviews from Nigerian and it's one of the most popular car brands. 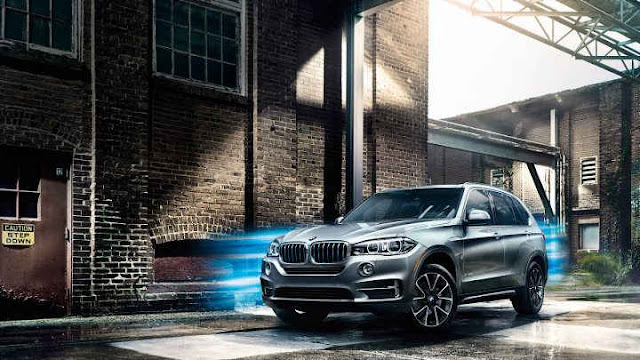 Bayerische Motoren Werke AG (meaning Bavarian Motor Works in German), usually known under its abbreviation BMW, is a German luxury vehicle , motorcycle , and engine manufacturing company founded in 1916. It is one of the best-selling luxury automakers not only in Nigeria but in the world at large. BMW is no new name in the making in Nigeria, popularly regarded as "Be My Wife". BMW cars delivers the thrills sort of fusing ample space with dynamic power and sleek design, along with the unique sporting and rugged set pieces perfect for every adventure. It is always one of many hot car brands available for selection. The first car which BMW successfully produced and the car which launched BMW on the road to automobile production was the Dixi, based on the Austin 7 and licensed from the Austin Motor Company in Birmingham, England.

The Ford Motor Company is an American multinational automaker headquartered in Dearborn, Michigan, a suburb of Detroit. It was founded by Henry Ford and incorporated on June 16, 1903. The power and driving dynamics of Ford car brands come wrapped in an eye-catching design that boasts authentic comfort and style; an interior space for adventurous you. Recent models of Ford brands are stuffed with the standard roof rack especially Explorer was designed to take you on the road and off. There are also available painted front and rear skid plate elements and available LED signature lighting and fog lamps to help you navigate various terrains and all sorts of weather. Also, three new colors have been added for 2017 – Canyon Ridge, Smoked Quartz Tinted Clearcoat and White Gold. So much loved by Nigerians.

Nissan car brand is a great favourite of most Nigerians too, as Nissan do all what it takes to satisfy their global customers with sophisticated interior styling, bold and inviting design, standout fuel economy, standout next generation tech implementation on their drives. Nissan Motor Company Ltd, is a Japanese multinational automobile manufacturer headquartered in Nishi-ku, Yokohama. The company sells its cars under the Nissan, Infiniti, and Datsun brands with in-house performance tuning products labelled Nismo. Since 1999, Nissan has been part of the Renault–Nissan Alliance, a partnership between Nissan and French automaker Renault and as since won the heart of Nigerians with its versatility and power for conditions in Naija roads and lifestyle. Ordinarily, Nissan is reportedly the world's largest electric vehicle (EV) manufacturer, with global sales of more than 275,000 all-electric vehicles as of mid-December 2016. Moreover, in 1928, Yoshisuke Aikawa founded the holding company Nihon Sangyo (Japan Industries or Nihon Industries). The name 'Nissan' originated during the 1930s as an abbreviation used on the Tokyo Stock Exchange for Nihon Sangyo. This company was the famous Nissan " Zaibatsu" which included Tobata Casting and Hitachi . At this time Nissan controlled foundries and auto parts businesses, but Aikawa did not enter automobile manufacturing until 1933.

Mazda is also one sort of Car Brand Naija people always desire more than so much. In every five or ten cars you see in Nigeria nowadays, two or three of them might actually be Mazda. Mazda Motor Corporation commonly referred to as simply Mazda, is a Japanese multinational automaker based in Fuchū, Aki District, Hiroshima Prefecture, Japan. Mazda began as the Toyo Cork Kogyo Co., Ltd, founded in Hiroshima, Japan, 30 January 1920 before going on a milestone to changing its name. However, Mazda etymology is said to be associated with Ahura Mazda (God of Light in Zoroastrian religion), with the hope that it would brighten the image of these compact vehicles. They also reported to also derived the name from similarity to the name of the company's founder, Jujiro Matsuda.

Peugeot has received many international awards for its vehicles, including five European Car of the Year awards. Peugeot has been involved in motor sport for more than a century. Peugeot as a car brand as ever being the best automobile Nigerians would spend all their penny on. Even in the '60s,at the time of Nigerian classical superstar musicians and pioneers, Peugeot had won their heart while they make songs to eulogies it's effectiveness and efficiency. The first Peugeot automobile, a three-wheeled, steam-powered car was produced in 1889 and designed by Léon Serpollet. Peugeot is renowned for its quality, design, fuel economy, while recent years development sees more into next generation tech. 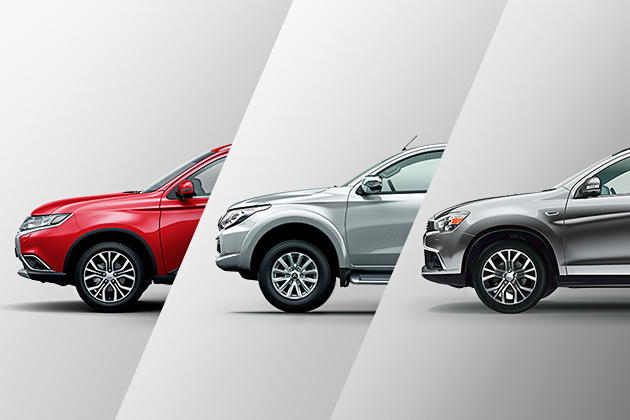 Mitsubishi manufactures Crossovers, Electric Vehicles, Sedans, Hatchbacks and so on as sorts of their cars. Mitsubishi is no doubt one of the leading car brands in Naija right from Yakubu Gowon's era, and since then has not falter in delivering the best automobile Nigerians always desire. Mitsubishi Motors Corporation is a Japanese multinational automotive manufacturer headquartered in Minato, Tokyo, Japan. Mitsubishi's automotive origins date back to 1917, when the Mitsubishi Shipbuilding Co., Ltd. introduced the Mitsubishi Model A, Japan's first series-production automobile. In 2011, Mitsubishi Motors was the sixth biggest Japanese automaker and the sixteenth biggest worldwide by production; and sometimes late in 2016, Mitsubishi is one-third (34%) owned by Nissan, and thus a part of the Renault-Nissan Alliance. In 2017, Mitsubishi automobile will celebrate 100th anniversary. Since 1917, Mitsubishi automobiles have contributed to the global community by developing new technologies and tackling new domains.

Be that as it may, aside the above stated brands there are also numerous indispensable car brands Nigerian cannot do without, talking about Audi, Lexus, Volkswagen to name a few. Now let's see to the comprehensive list of car brands popular in Nigeria. The list is in alphabetical order, not in the order of their priorities or popularity.

The word car is believed to originate from the Latin word carrus or carrum ("wheeled vehicle"), or the Middle English word carre (meaning "two-wheel cart", from Old North French). In turn, these originated from the Gaulish word karros (a Gallic chariot). It originally referred to any wheeled horse-drawn vehicle , such as a cart, carriage, or wagon. "Motor car" is attested from 1895, and is the usual formal name for cars in British English. "Autocar" is a variant that is also attested from 1895, but that is now considered archaic. It literally means "self-propelled car". The term "horseless carriage " was used by some to refer to the first cars at the time that they were being built, and is attested from 1895. The word "automobile" is a classical compound derived from the Ancient Greek word autós (αὐτός), meaning "self", and the Latin word mobilis , meaning "movable". It entered the English language from French, and was first adopted by the Automobile Club of Great Britain in 1897. Over time, the word "automobile" fell out of favour in Britain, and was replaced by "motor car". "Automobile" remains chiefly North American, particularly as a formal or commercial term. An abbreviated form, "auto", was formerly a common way to refer to cars in English, but is now considered old-fashioned. The word is still very common as an adjective in American English, usually in compound formations like "auto industry" and "auto mechanic". The abbreviated form is also used in Dutch and German.

40 Good Night Love SMS That You Should Send Next

100 Sweet Names to Call Your Girlfriend